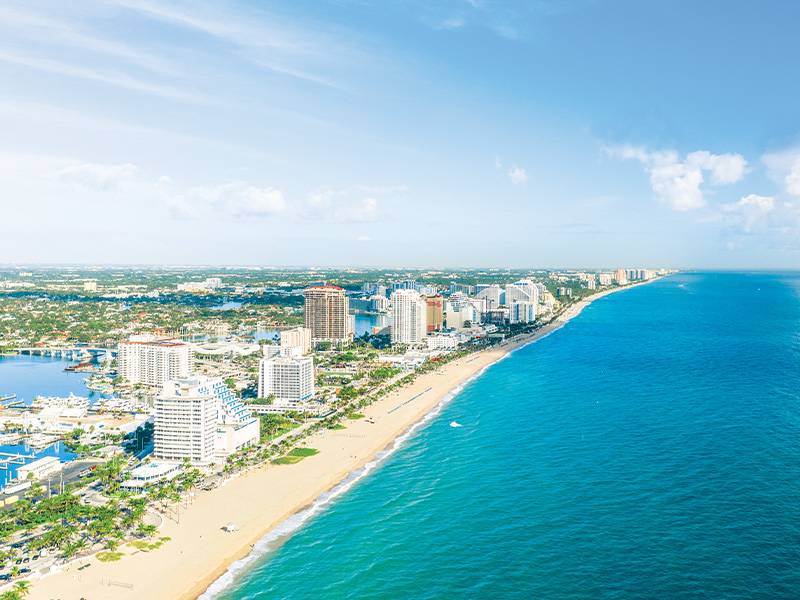 Aqua Selected as Agency of Record for Greater Fort Lauderdale

As one of the most iconic American travel destinations, Greater Fort Lauderdale attracts millions of visitors from around the world every year and generates billions of dollars in tourism revenue. But with such a remarkable client comes an equally prestigious level of competition. Firms from across the country submitted responses to the Broward County RFP. The Selection Committee considered more than a dozen RFPs, allowed seven agencies to pitch, and after thorough consideration awarded the contract to Aqua. Even when competing against some of the nation’s biggest and strongest marketing firms, Aqua’s unparalleled reputation as one of the most successful destination marketing firms in Florida proved we were the right choice.

Once officially named the agency of record for the CVB, Aqua immediately launched headfirst into creating exceptional new work, programs, and brand approaches for the destination, airport, and port. Our ability to absorb and process information, as well as our in-depth research of the client’s current and previous marketing tactics, enabled Aqua’s team of destination marketing experts to pick up where the CVB’s previous agency left off. Not only was the transition between agencies smooth and well orchestrated, but Aqua began improving KPIs and ROIs almost immediately upon taking over the reins. The future of Broward County is brighter and more secure as Aqua continues to elevate one of the nation’s top destinations.

While 2020 was the year of “uncertain times,” one thing that is always certain is that Aqua Marketing & Communications brings top recognition to its clients.

Our digital team is always researching the newest tools to produce the best digital content for our clients.

← Prev Article All Articles Next Article →