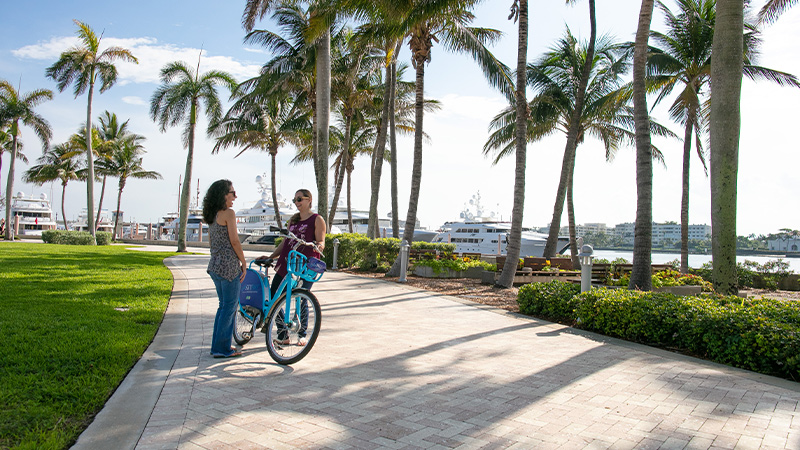 A quick decision to race the clock pays off

To understand how the Aqua Marketing & Communications Public Relations team took a national news story and inserted our client West Palm Beach into the conversation, there’s a lot of other factors you need to know. Let’s break it down step by step to see how West Palm Beach benefited from Amazon’s big announcement.

First, we have to go all the way back to 2017. Amazon.com, Inc., announced it was seeking a second North American headquarters, which, once built out, would employ up to 50,000 high-tech workers. This set off a race among big cities eager to house the world’s most valuable company and its well-paid employees. After conducting a yearlong search for a second home, Amazon chose New York City as the destination for its next headquarters. But it all took a spin when in February 2019 Amazon backed out of the deal.

Therefore, it became clear to us that Amazon’s pulling the plug on its second headquarters in New York City played right into our marketing. Our PR team recognized this as an incredible PR opportunity for economic development client The City of West Palm Beach, and began acting immediately to insert the city into the national narrative.

Starting from scratch, our PR team needed to devise a strategic plan that, while corresponding and working in synergy with the overall marketing plan, would move fast, gain traction and be loud. It also needed to increase awareness for the City while at the same time letting prospective businesses across the country know that West Palm Beach is a wonderful place to relocate their business and their lives.

Our central tactic was for the city’s Mayor to devise an “Open Letter” to Amazon President, Jeff Bezos, expressing that the decision to move from NYC was understandable, and a decision that West Palm Beach has been advocating for businesses for years.

Target audiences would include the general consumer, business and financial markets, and mass media with heightened emphasis on reaching prospective new businesses in New York City and the Northeast.

Our PR stunt was designed to:

Within 2 hours of distributing our press releases, 175 news outlets had picked it up, reaching a total potential audience of 86,535,420. In addition to mass media coverage- including hits in the Pittsburgh Post-Gazette, Yahoo! Finance, Morningstar StockInvestor and more- during prime time television on the 5 o’clock news the local West Palm Beach ABC affiliate WPBF-TV aired a live interview with Mayor Muioi on the City’s reaction to Amazon’s HQ2 pullout. The interview aired eight times thereafter, overnight and through the next morning.

Continuing to gain traction over the next 24 hours, the City of West Palm Beach owned two 28×46 foot and 36×33 digital boards, displaying in the heart of New York City’s Times Square a gorgeous hi-resolution image of the West Palm Beach waterfront with the call-to-action: “Relocate to West Palm Beach, Florida, ‘The Wall Street of the South.’ ” Our message had the potential to reach the some 415,000 people who walk/drive in that Times Square area daily, 30 million tourists who visit Times Square annually, 17,000 employees working in Times Square and 53 million who use the Times Square subway stations each year.

Within 72 hours, the Mayor of West Palm Beach had an interview exclusive with USA Today, which translated into a viral online news story published by Business Reporter Ben Tobin. The news story circulated across at least 117 other major news outlets in addition to USA Today, altogether reaching an average 89.7 million people with a total Publicity Value of $316,800.

Already a major player in the South Florida marketing and communications industry, Aqua now further cements its position in the region.

← Prev Article All Articles Next Article →